THE DAY OF MUBAHELAH – Qaim Foundation

Blog - Latest News
You are here: Home1 / Aamal2 / THE DAY OF MUBAHELAH

On the twenty-forth of Dhu’l-Hijjah, the Holy Prophet (s.a.w.a.) invited the Christians of Najran that each party would invoke Almighty Allah’s curse upon the liars among them so that the truthful party would be distinguished and the lying party would be cursed. The Holy Prophet (s.a.w.a.) put on a cloak and embraced Imam Ali, Lady Fatimah al-Zahra’, Imam al-Hasan, and Imam al-Husayn – peace be upon them – and prayed Almighty Allah, saying, “O Allah, verily, each Prophet had a family members whom were the nearest to him. O Allah, these are my Household; so, (please do) remove uncleanness from them and purify them with thorough purification.” Immediately after that, Archangel Gabriel descended carrying the Verse of Purification.Then, the Holy Prophet (s.a.w.a.) accompanied his family members as his partners in the process of invoking Almighty Allah’s curse upon the lying party. As soon as the Christians’ eyes fell on the Holy Prophet’s household, they realized that those individuals were the most truthful and that chastisement would be the share of anyone who would oppose them. They therefore did not dare to participate in that invocation of curse and, instead, they agreed to pay a tribute (jizyah) to the Holy Prophet (s.a.w.a.).

On the twenty-fourth of Dhu’l-Hijjah too, Imam AliAmeer al-Momineen(a.s.), while he was offering a prayer and, more precisely, while he was in the genuflection of that prayer, gave his ring as alms to a poor who was begging in the mosque. Therefore, Almighty Allah revealed the holy verses (5:55-56):

The recommended acts on this day are as follows:

First: It is recommended to bathe oneself on this day.

Second: It is recommended to observe fasting. 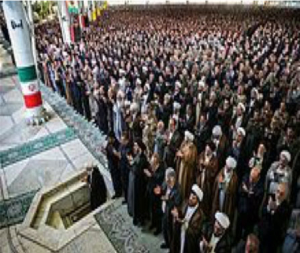